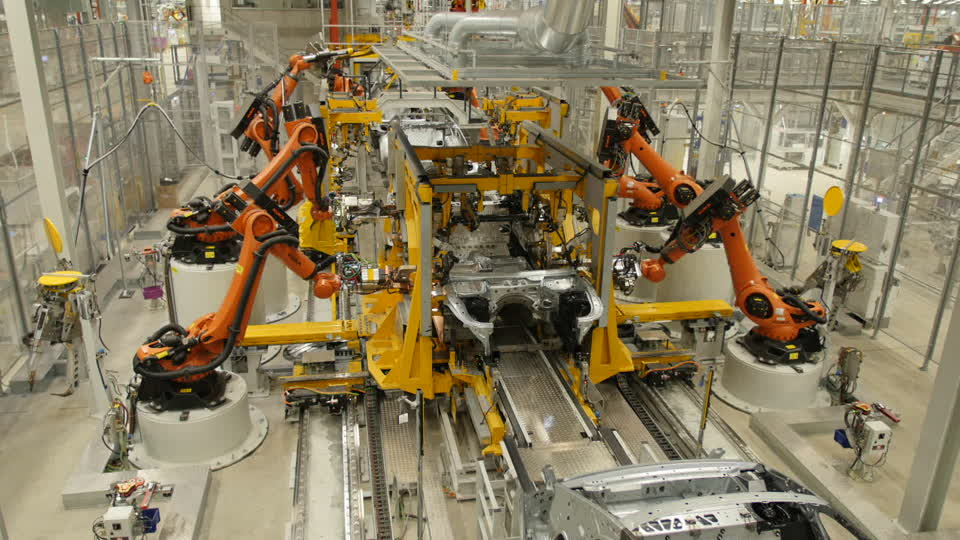 Coexistence with robots, at home and at work, a pending issue since 1960

Barcelona, ​​February 6, 2019.-The growth in the number of robots will be in line with the implementation of new communication and information technologies. There will be “human” labor categories that will be replaced by robots, and at the same time, new jobs will be created, linked to the creation, maintenance and development of the robots themselves. This may be the moderate and common scenario in which we can find those who are in favor of technology, and those who reject the future role of new robots. By the way, for decades the mass production of automobiles has been done with the help of robots. And at the time could have implementation problems, but the market sent. Maybe in the short term the same thing will happen.

In this regard, I highlight two approaches to the reality of the robot, on the one hand by Morgan Stanley, and on the other hand by the International Federation of Robotics. Analysis that reassures and at the same time shows progress towards a new era.Morgan Stanley understands that the robotization of our economies is almost 60 years old:

Factory automation has been around since the advent of the mechanized spinning wheel in the late 18th century Britain, which began the Industrial Revolution. The first robots were introduced by the auto industry in the 1960s, and since then, auto manufacturers and their suppliers have been the largest commercial users of robots. In the last decade, however, advances in technology have enabled robots to address more needs across a greater number of industries.

Historically, their biggest issues have been high cost and lack of flexibility. Over the last 10 years, three technological changes in robotics have increased their flexibility, lowered their cost and expanded their addressable market.

First, suites of sensors originally developed for smartphones and video gaming have been adapted to robotics. The scale of these industries enabled them to invest in rapid advances and achieve lowered costs through mass production that the smaller robotics industry could never have achieved on its own.

Second, improved software is lowering the cost of integration (programming and outfitting the robot to perform its task). Whereas before it may have taken an engineer or computer scientist a month to program a robot, with the newest software a company can use less skilled labor to program the robot in one to two days.

Third, improved and lower-cost grippers are increasing the number of applications that can be addressed with robots. Combined with sensors that provide feedback on the force required to manipulate an object properly, a new generation of grippers have a higher level of dexterity than their predecessors and can perform a larger range of tasks.

Taken together, these three developments lower costs of deployment and expand the addressable market for robots away from just the manufacture of high-volume products with little product variability. They are enabling new categories of robots that serve a wider set of end markets.

Robots today are going through a period of rapid advancement. These improvements are allowing robots to expand beyond their historic market in the auto industry into industries like consumer electronics, logistics and even services. In the coming years, the number of tasks that will be automatable with robotics will likely only increase. We will stay abreast of these changes to determine the longer-term impact of robotics on the investment opportunity set.

According IFR, the automation of production is accelerating around the world: 74 robot units per 10,000 employees is the new average of global robot density in the manufacturing industries (2015: 66 units). By regions, the average robot density in Europe is 99 units, in the Americas 84 and in Asia 63 units.

The top 10 most automated countries in the world are: South Korea, Singapore, Germany, Japan, Sweden, Denmark, USA, Italy, Belgium and Taiwan. This is according to the 2017 World Robot Statistics, issued by the International Federation of Robotics (IFR).

“Robot density is an excellent standard for comparison in order to take into account the differences in the automation degree of the manufacturing industry in various countries,” says Junji Tsuda, President of the International Federation of Robotics. “As a result of the high volume of robot installations in Asia in recent years, the region has the highest growth rate. Between 2010 and 2016, the average annual growth rate of robot density in Asia was 9 percent, in the Americas 7 percent and in Europe 5 percent.”

The development of robot density in China was the most dynamic in the world. Due to the significant growth of robot installations, particularly between 2013 and 2016, the density rate rose from 25 units in 2013 to 68 units in 2016. Today, China’s robot density ranks 23rd worldwide. And the government intends to forge ahead and make it into the world’s top 10 most intensively automated nations by 2020. By then, its robot density is targeted to rise to 150 units. Furthermore, the aim is to sell a total of 100,000 domestically produced industrial robots by 2020 (2017: 27,000 units from Chinese robot suppliers, 60,000 from foreign robot suppliers).

Worldwide, the Republic of Korea has by far the highest robot density in the manufacturing industry – a position the country has held since 2010. The country’s robot density exceeds the global average by a good eight-fold (631 units). This high growth rate is the result of continued installations of a high volume of robots particularly in the electrical/electronics industry and in the automotive industry.

Singapore follows in second place with a rate of 488 robots per 10,000 employees in 2016. About 90 percent of robots are installed in the electronics industry in Singapore.

Japan ranked fourth in the world: In 2016, 303 robots were installed per 10,000 employees in the manufacturing industry – following Germany ranking 3rd (309 units). Japan is the world´s predominant industrial robot manufacturer: The production capacity of Japanese suppliers reached 153,000 units in 2016 – the highest level ever recorded. Today, Japan´s manufacturers deliver 52 percent of the global supply.

Robot density in the United States increased significantly to 189 robots in 2016 – the country ranks seventh in the world. Since 2010, the necessary modernization of domestic production facilities has boosted robot sales in the United States. The main driver of this growth was the ongoing trend to automate production in order to strengthen American industries on the global market and to keep manufacturing at home, and in some cases, to bring back manufacturing that had previously been sent overseas. The automotive industry still leads as the main customer of industrial robots with about 52 percent of total sales in 2016. Robot sales in the United States will continue to increase between 2017 and 2020 by at least 15 percent on average per year.

Robot density in Canada has been on the rise and reached 145 units in 2016 (ranking 13th worldwide). Growth was mainly driven by installations in the automotive industry.

Mexico is predominantly a production hub for car manufacturers and automotive parts suppliers that export to the United States and increasingly to South America. The automotive industry in Mexico is by far the main robot customer with a share of 81 percent in 2016. Robot density is at 33 units, which is still far below the world average of 74 units, ranking 31st on the global scale.

Europe´s most automated country is Germany – ranking 3rd worldwide with 309 units. The annual supply and the operational stock of industrial robots in 2016 had a share of 36 percent and 41 percent respectively of total robot sales in Europe. Between 2018 and 2020, the annual supply in Germany will continue to grow by at least 5 percent on average per year due to the increasing demand for robots in the general industry and in the automotive industry.

France has a robot density of 132 units (ranking 18th in the world), which is well above the global average of 74 robots – but relatively weak compared to other EU countries. EU members like Sweden (223 units), Denmark (211 units), Italy(185 units) and Spain (160 units) enjoy a much higher degree of automation using industrial robots in the manufacturing segment. But under the new government, France is in the process of regaining competitiveness in its manufacturing sectors. This may, to a certain extent, promote installations of new robots in the next few years. In 2017, the number of robot installations in France is expected to increase by about 10 percent. Between 2018 and 2020, an average annual growth rate between 5 and 10 percent is likely.

As the only G7 country – the UK has a robot density below the world average of 74 units with 71 units, ranking 22nd. The general industry is highly in need of necessary investment in order to modernize and increase productivity. The low robot density rate is indicative of this fact. Despite the decision to leave the EU, there are currently many suggested investment plans for capacity expansion and modernization of foreign and local automotive companies. It is not evident though whether companies will hold back investments due to uncertainties concerning customs duties.

The eastern European countries Slovenia (137 units, ranking 16th in the world) and Slovakia (135 units, ranking 17th worldwide), both have a robot density that is above Switzerland’s (128 units, ranking 19th in the world). The Czech Republic is ranking 20th on the global scale with 101 units. Robot supplies in the Czech Republic and Slovakia mainly depend on the automotive industry’s demand. Slovenia is the most successful among the Balkan countries with 60 percent of the total robot supply used mainly for the automotive industry (387 units, 33 percent more than in 2015). 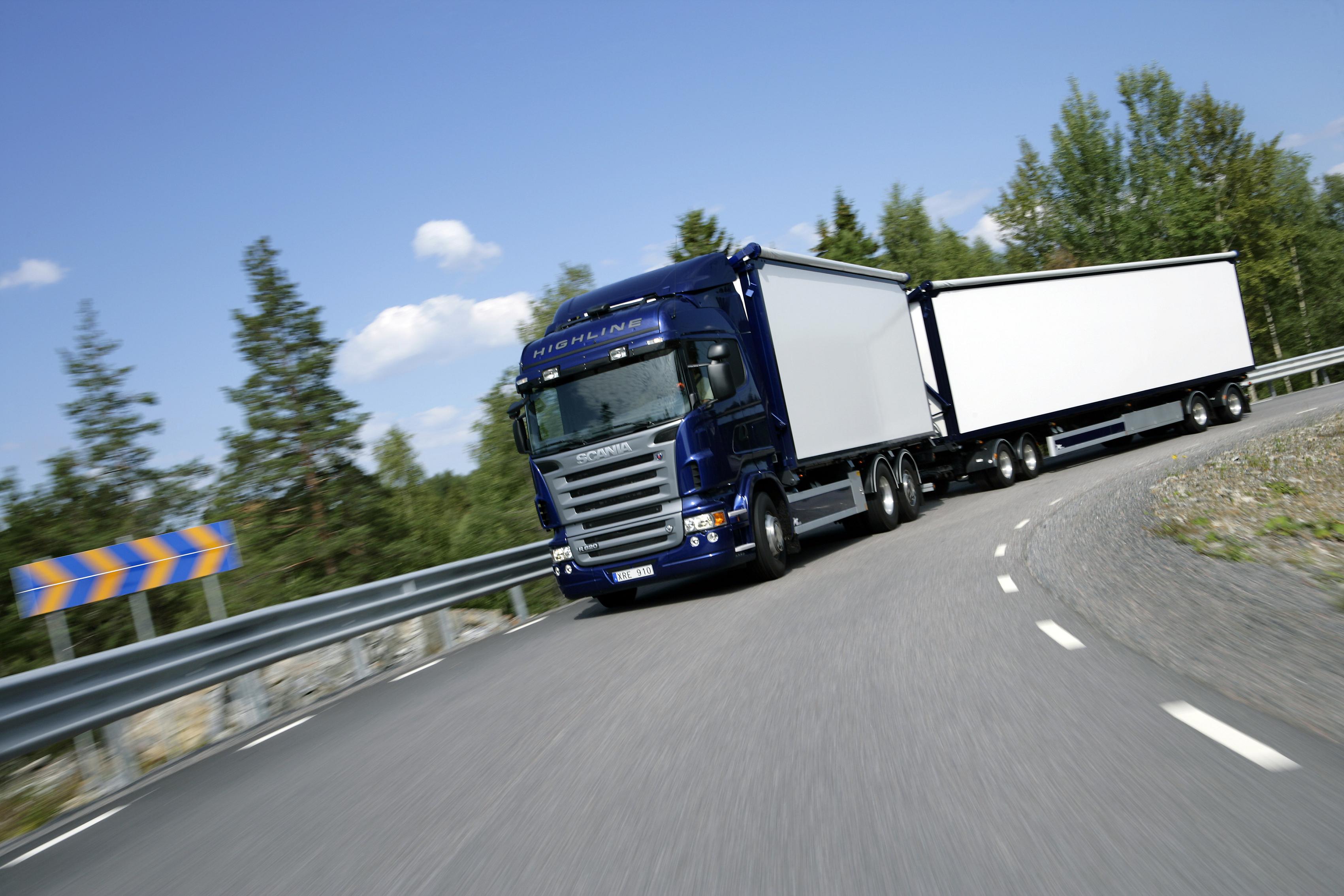 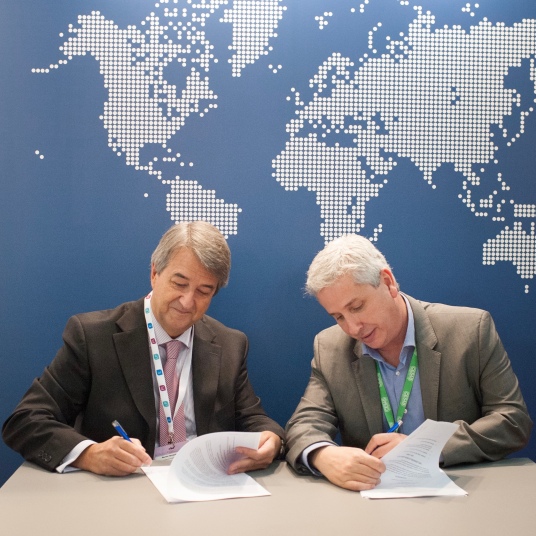 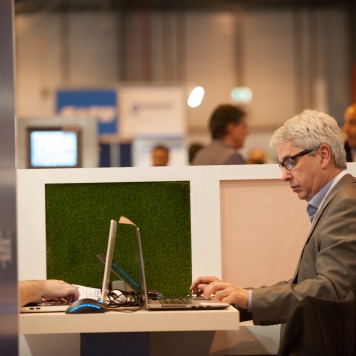 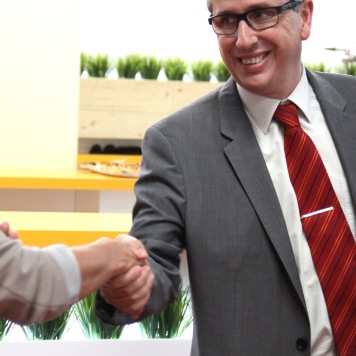 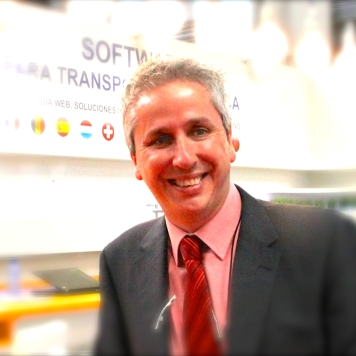 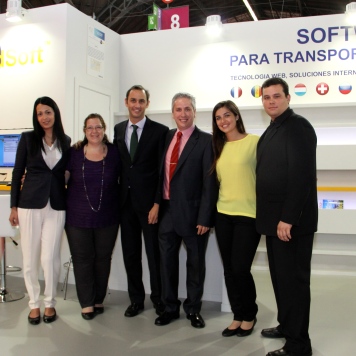 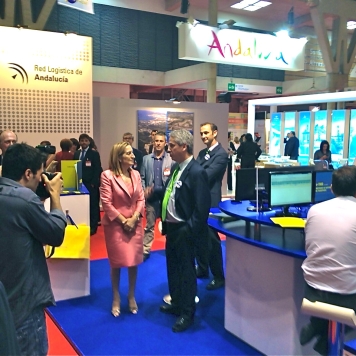 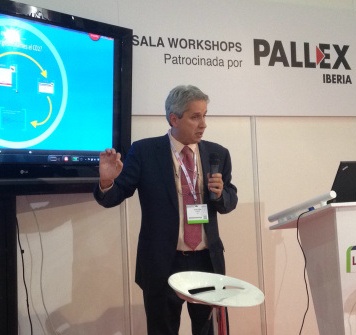 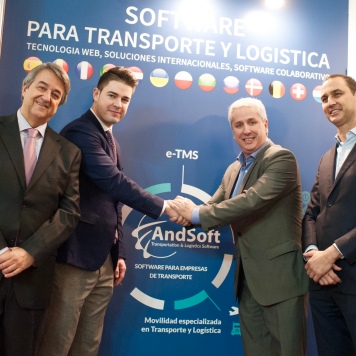 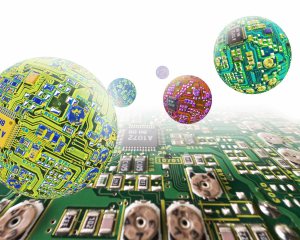 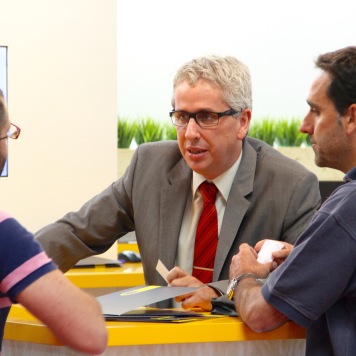 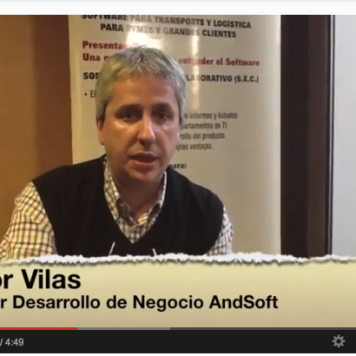 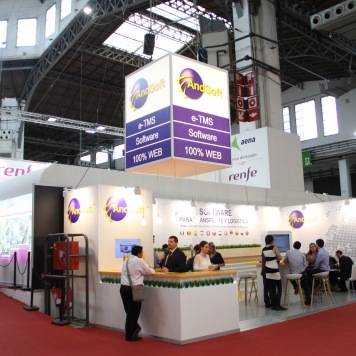 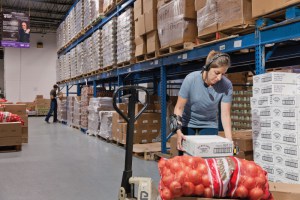 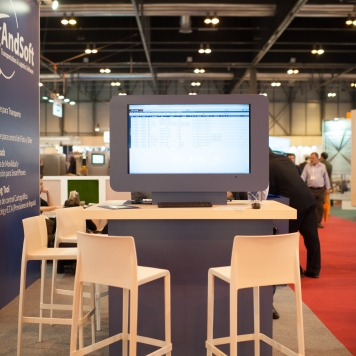 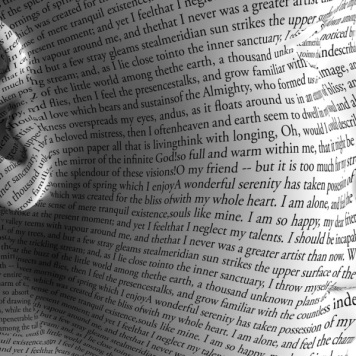 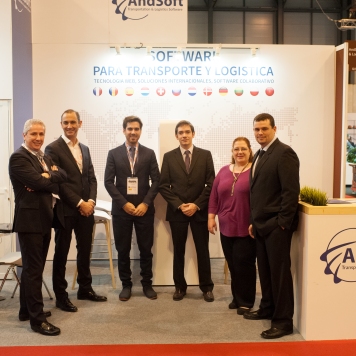 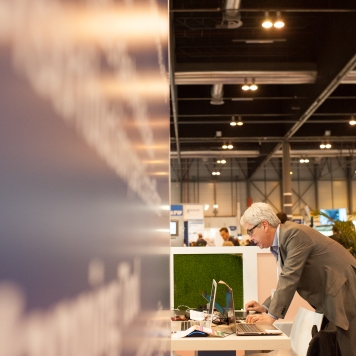